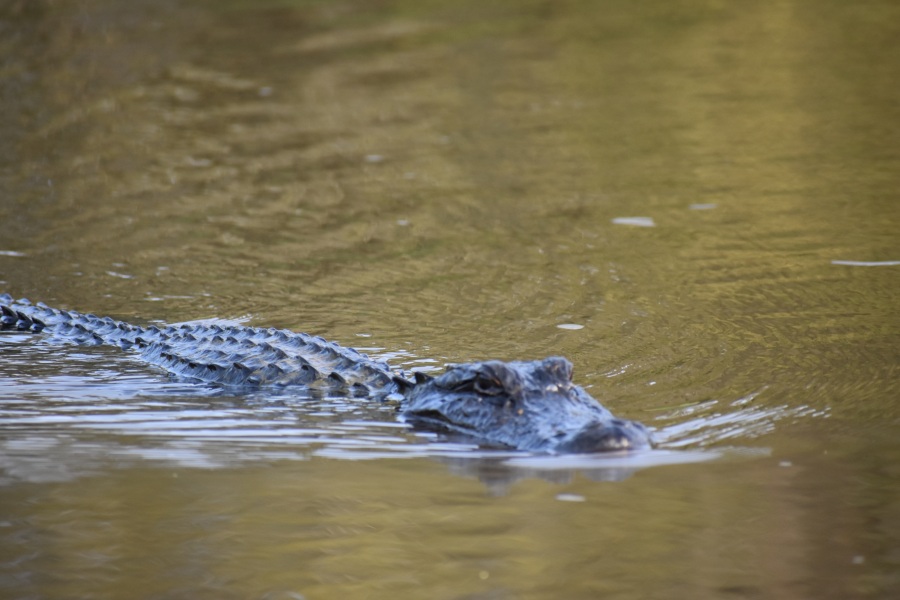 Despite the cold breeze that already existed before our airport ferry rushed into the open Boston Harbor, the four of us decided to brave the elements and sit out on the deck to get an early start on birding. It would be in stark contrast to the warm weather and semi-tropical travels we would soon experience.

Within moments of pushing off from the dock, we spied hundreds of birds in the water and along the coast, including Common Goldeneyes, various gulls, Canada Geese, and Buffleheads. Hidden among the Canada Geese was a swan. At first, we were amazed to discover that it was a Trumpeter, a rare bird for these parts that we had actually seen earlier in the winter. But upon further inspection, we realized it was a juvenile Mute Swan.

Rounding the bend, the boat accelerated and began busting through the waves, making for some very shaky binocular use. In addition, the icy wind blew against us and numbed our fingers. However, more birds rolled along the waves, dipping in and out of sight, including Lesser Scaup and Common Eiders.

As we neared the airport, we kept an eye out for Snowy Owls that tended to winter there. But we saw nothing. However, we did eventually find two Hooded Mergansers in the calm of the inner harbor waters as we closed in on our arrival dock. For me, the Hooded Merganser was new, but not for the family count.

Stepping off the boat, we were stiff with cold. But twenty-one hours later, we were stepping into a much smaller, canopied bayou boat, warm currents of morning air drifting around us. It wasn’t hot at 7:30 in the morning, but we were still in shorts and fleeces.

As the boat captain finished rolling down the canopy, we soon realized that it was there to keep snakes, such as water moccasins, from dropping into the boat, not to mention some of the giant spiders that lived in the trees. The Louisiana captain did nothing to really ease some of our discomforts about these creatures except maybe throw some humor at them. For example, it would be someone’s job to stick her hand in tree holes to test for spiders and snakes.

Backing away from the dock, the captain said he’d tried to bring us all back — “something he has yet to do.”

The waters of the Pearl River were slow moving and muddy as we headed deeper into Bayou Sauvage. The captain was taking his time entertaining us with how he hoped to find us alligators and wild boars. But being birders, we only half listened. Instead, we kept our eyes peeled for our first new bird (not counting the King Rail and Laughing Gull we saw in urban landscape of New Orleans, as well as the Pileated Woodpecker we saw while waiting for the boat). 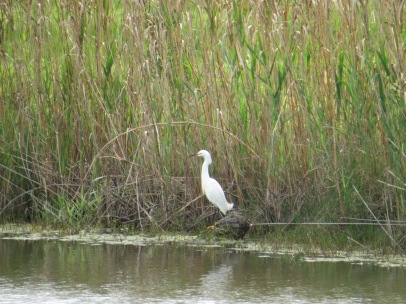 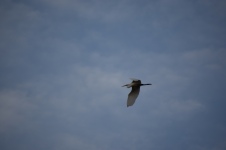 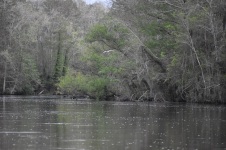 Soon Great Blue Herons, Snowy Egrets, and Great Egrets were lazily taking off from the water or tree perches. Black Vultures (a new bird) grew in numbers and soared in circles wherever we went. But when we pulled past a Double-Crested Cormorant into a narrow slip of water draped with Spanish moss hanging from swamp cypresses, the captain spinning tales, we felt that we were destined to find something rare. Even the mythical Ivory Billed Woodpecker seemed possible (at least for some of us dreamers). 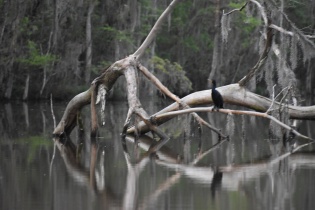 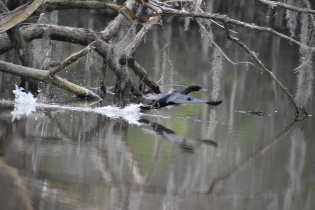 Gliding in and out of trees, the motor at a low rumbled, we strained deep into the bayou darkness, watching and listening. The sounds pulled at our imaginations, but it was impossible to pinpoint anything. The white flashes of egrets occasionally caught our eyes, as did the small alligators peering back at us. But nothing revealed itself.

Leaving the slip and entering back into the Pearl, we felt a little let down. We had, unrealistically, expected to see flocks of new birds.

Reversing our direction, the sun began to warm our faces. Cardinals and Red-Winged Blackbirds sang all around us. Even without seeing anything, we had to admit the boat ride was adventurous and relaxing. Then the captain gunned the engines and we were roaring upriver to find the larger alligators. Again, this wasn’t our goal and the possibility of seeing birds disappeared with sound and speed.

Ducks startled out of the water and we struggled to catch them in our lenses. At one point, we were pretty sure we saw a Black-Bellied Whistling Duck, its sound the most identifying feature.

Eventually, we slowed and entered a few canals, the last one being the most active. At the 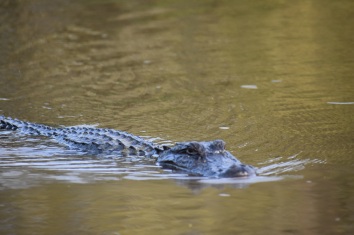 end of this last canal, we saw a large alligator swimming toward us and the captain believed it to be an old friend whose jaw had been caught up in catfish lines and partially torn. The locals had since been taking care of it.

Coming to a stop, the old alligator swam up to the boat and waited for its hot dog. And before we knew it, the great reptile showed its immense size by jumping 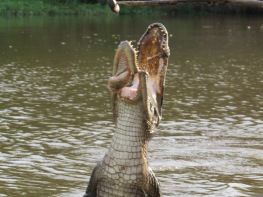 partially out of the water to snap the treat from a stick. Unfortunately, its horrible wound revealed itself and sadness welled up in my stomach.

Leaving the poor creature behind, we traveled to another gator. This time, though, we kept our eyes to the trees and skies. Little birds darted in and out of the thickly vined trees and were hard to follow. But as we took pictures of a vivid Cardinal, another bird flitted down nearby. It was a Gray-Blue Gnatcatcher. To finally find a new bird so small was an accomplishment. 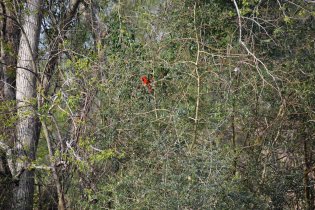 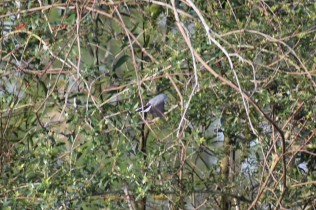 Heading back down river to end our trip, again cruising at full speed and leaning around corners, Jackson spotted our first Anhinga. The four of us craned our necks to all spot it and try to get a picture. But within seconds we were around the bend and slowing beneath the old drawbridge that marked our arrival at Cajun Encounters, our wonderful hosts for this boat trip.

Bumping into the rope-wound posts of the dock, it dawned on us that this trip was more than about birding. We were experiencing something new and we had to soak in every moment. Not only would we be seeing a myriad of new birds but also landscapes and ecosystems beyond anything seen in New England, urban landscapes, people and cultures expressing life in different ways, family, and history. We had left the comfortable known for the unknown.