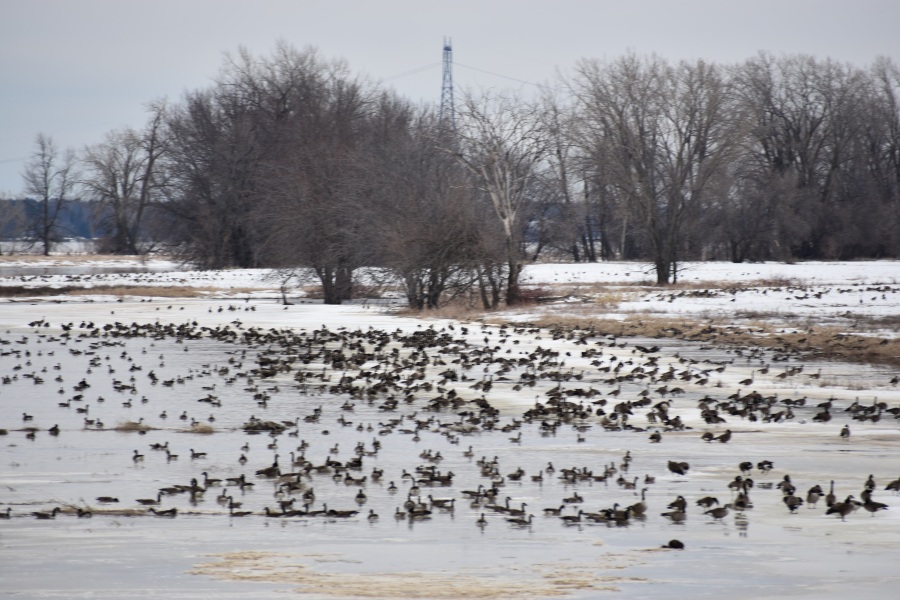 When we read on eBird that a Pink-Footed Goose was spotted in Ottawa, we knew that we had to go see it. We decided that we would leave on Saturday night after I went over to my friend’s house. I got picked up at 10:30 PM and we started driving north toward Montreal, the last place the goose had been spotted.

For the first part, we were mostly all watching a movie and discussing where we would go. But after a while, most of us drifted off to sleep. We arrived at around 4:30 in the morning.

While we were waiting for a breakfast place to open, we checked on the eBird rarities list and much to our dismay the Pink-Footed Goose had not been seen in over a day. We were still hopeful though and there were other species such as the Snow Goose, Cackling Goose, and the Greater-White Fronted Goose.

At around 6:00, we set off to our first location, Fort Chambly. When we got there, we saw thousands of Canada Geese swimming in the pond in front of us. We kept our eyes out for other goose species but we didn’t find any. We did see a couple of Barrow’s Goldeneyes, mixed with the Common Goldeneyes and Red-breasted Mergansers. which were a new species for us this year. We kept walking around the pond but didn’t see anything new, so we got back into the car and drove to our next location.

We kept moving around the lake and finally pulled into a parking lot and got out to see what a woman was looking at with a large camera. We then realized that none of us could speak French fluently, so that plan didn’t work. We did see a Great Blue Heron fly by as we were getting back into the car, but no goose. So we continued searching in other locations.

Eventually, we drove north of Montreal where the snow goose had been spotted earlier this week and drove down the road where it was seen multiple times. Again, there were a lot of Canada Geese everywhere by the side of the road and we also identified the Northern Pintail, which was a species we were trying to find for a really long time.

After still not being able to find the Pink-Footed Goose, we decided to go to our hotel and review the pictures there. As we were looking back at the pictures, we identified the Snow Goose and the Cackling Goose and ended the day with four new species.

In the end, the search for the Pink-Footed Goose will continue.