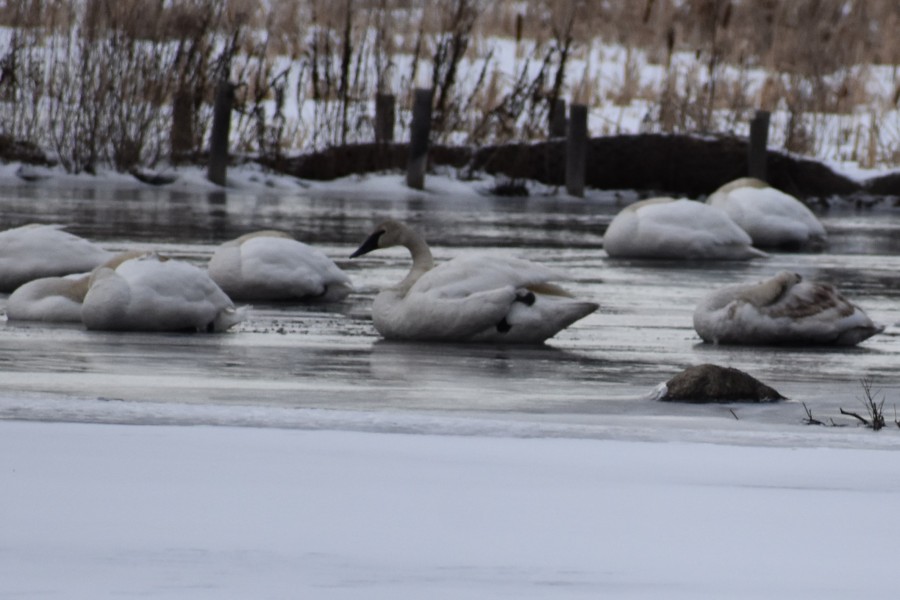 Today we decided to go on a small trip to find some new species to add to our list. We first decided to go to Tidmarsh in Plymouth to see if we could find any new birds. We didn’t see much for a while except a few Robins and Crows. But after a while, we went down to a small pond and spotted something in the distance. When we got closer it had disappeared behind a bush, but we noticed that it had white on its head. We later found out that it was a Hooded Merganser, our 67th bird of the year.

As we were leaving Tidmarsh, we got an alert that there was a Bohemian Waxwing at 157 South Street, so we headed there right away.

We met a few friends there and they said that the Waxwing had just flown away right before we arrived. We stayed for a while and saw a few Cedar Waxwings flying around but no sign of the Bohemian Waxwing. We watched the trees for a while and had to explain to a lot of people why seven people were standing outside of a life care center with binoculars and cameras. We spotted a Cooper’s hawk flying overhead (another new species) and, eventually, we spotted the Bohemian Waxwing. It was sitting in a crabapple tree, fluttering its wings. 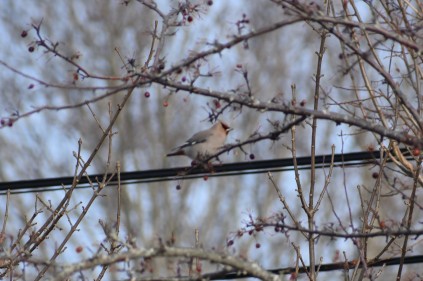 We wanted to find one more rare bird before the day was over, so we went to Milford Pond to search for a Trumpeter Swan that had been sighted there. We started walking down a bike path by the lake, but we couldn’t get a good view. So we went off the bike 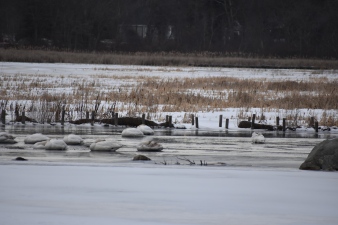 path and onto a smaller trail. Maura said that she thought she saw something across the pond, but we decided that it was just some snow. As we continued on the trail, we reached a sort of peninsula that jutted out into the pond. Almost as soon as we got to the end of the trail we thought we saw the Trumpeter Swan, but it turned out just to be a Mute Swan with mud on its beak.

We then looked more closely at the objects we thought were lumps of snow and realized that they were swans. Every once in a while one of them picked up their head and we were able to examine their bills. Eventually, we saw one with a black triangular bill and we realized that it was the Trumpeter Swan! 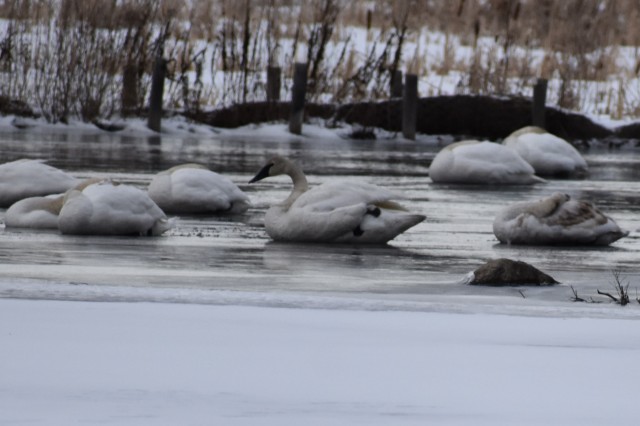